World of Indines Wiki
Register
Don't have an account?
Sign In
Advertisement
in: Characters, Amalonian, Characters in Argent: The Consortium,
and 2 more

Abarene first appeared in Argent: The Consortium as a Consortium Voter.

Abarene was one of the Backer's Choice characters to be potentially included in Devastation during the Kickstarter campaign, but failed to be elected by the community.

While it has been several times hinted to appear on Pixel Tactics and Battlecon games, she has never made it to the final release version.

Abarene is the dryad of a Hallicris plant, a huge carnivorous tree that devours insects and beasts alike with slow-acting poisons. Abarene herself is a master of poisons, and utilizes them in combat.

Abarene is one of the leaders of the Amalonian Senate's Old Imperial Party, a group which desires to see the return to the days of the old Draconic Empire (which a large population of Amalao's people consider to be their golden age). She is indirectly allied with Adjenna , and learns of Marmelee 's plot to stop the unbinding of the Dragon King. 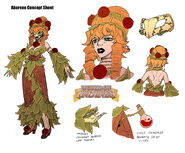 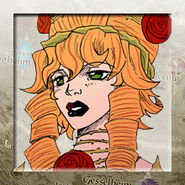 Abarene is a master of poisons.