World of Indines Wiki
Register
Don't have an account?
Sign In
Advertisement
in: Characters in Argent: The Consortium, Argent University, Characters,
and 7 more

Burman was one of the Backer's Choice characters to be potentially included in Devastation during the Kickstarter campaign, but failed to be elected by the community, coming in 5th overall.

He featured in the game Devastation in his dragon form as a boss that the players may take on cooperatively. He later featured as one of the 6 major character players in the upcoming game Argent: The Consortium, commanding the department of Sorcery.

With the War: Remastered Kickstarter campaign adding new Backer's Choice characters for Fate of Indines, Burman got another chance to make it into the game, being chosen by Brad himself to be the last cast member of the game.

An ancient dragon who has watched over Indines for over a thousand years as a guardian and guide, Larimore Burman is known, feared, and admired throughout the world. Though he was a hero in many wars and renowned as the world’s most powerful warmage, he has come to appreciate the futility of warfare,and now leaves the nations to decide their own fates, intervening directly in events only when special circumstances arise.

Larimore Burman was a close retainer to the Dragon King, but has put all that behind himself and built a new life in the centuries since. Burman is one of the few Dragons living openly among humans, and hopes that he can mend the thousand-year hatred of his race that the Draconic empire created. He is very tenuously loyal to Adjenna , and at her request he shows up to test the heroes who would fight Greyheart during Devastation of Indines .

Retired from his days of fighting heroes, Burman lives under a human guise and teaches the ancient secrets of war magic to the students at Argent . His spells are deadly, and his students possess combat magic that they won’t hesitate to use at his command.

For the past few decades, Burman has served as Dean of Sorcery at Argent, which he considers a kind of retirement. Burman runs the department of Sorcery in a very ‘Laissez-faire’ manner, letting professors and researchers do whatever they please, so long as significant injury and property damage is avoided. The Board of Trustees, though furious with his department’s lack of discipline, are too afraid to fire him.

It’s unclear whether Burman has officially applied to be a candidate for chancellorship, or whether his students and staff are pushing him towards the position just so that they can run the entire university the same way they run the Sorcery Department.

Warmages are spellcasters who specialize in magic designed to level entire armies. As the world's foremost authority on this branch of magic, Burman has access to this incredible and devastating power. He keeps these powers in check during duels, however, for the sport of it.

As a dragon he retains the power to return to his draconic form giving him enhanced physical prowess and abilities. 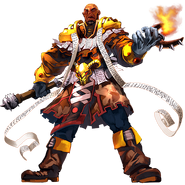 New art for Burman by Nokomento 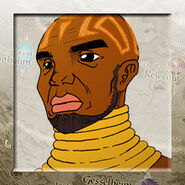 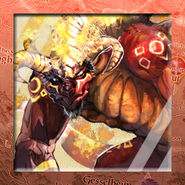 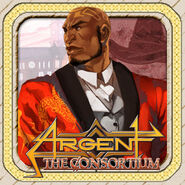 Burman in Argent: the Consortium

A: You can always press if you have an unbroken attack. It won't do any damage unless there is someone at range 1 though. https://worldofindines.com/bconline/index.php/forum/thread/view/id/420

A: Yes. If at any time Larimore would have [equal to] or more than 0 priority with Dire, he loses the Stun Immunity effect. This works in reverse as well, with him gaining Stun Immunity if his priority becomes [less than] zero later in the beat. (Source: Fate Rulebook, corrected for current Dire effect)