At the very edge of reality, time and space fold in on themselves to create an endless labyrinth of shadows, echoes, and twisted reflections of all that is or was. The doppelgangers, shapeless and alien, survive in this inhospitable negaverse by watching history play out across the endless mirrors. In accordance with its nature, a doppelganger quickly learns to duplicate the features, skills, and weapons he sees. Given time, one may even take on the habits, morality, and goals of an individual rare enough to hold his attention. From behind the mirrors, Sagas watched a man of incredible skill master the iron staff, fight his way through the battlefields of the Centennial War, and eventually die striking down Overlord Rexan. Now that history repeats itself, Sagas has shattered the looking glass and stepped through to Indines. He will ensure the Overlord's resurrection and strike Rexan down again, thus completing the cycle and proving himself greater than the legend he chose to become.

Sagas wears traditional eastern martial arts garb and is rarely seen without his signature weapon, the tetsubo Tsukiyokagami (Iron Staff of Moonlit Mirror). As a doppelganger, Sagas can alter his body and looks at will, doing so as needed to properly perform certain attacks, but he otherwise keeps his given appearance as a matter of pride. He is never seen without reverse wraparound mirrored shades on to hide the pale grey eyes that would otherwise reveal his true nature.

Sagas is a doppelganger with the ability to mimic his opponent's movements and powers.

Sagas is a fighter with the unique and powerful ability to copy the strengths of his opponents and use them to his advantage. His powers let him copy unique abilities, tactics, and styles that his enemies might use against him and give them a taste of their own medicine.

Sagas has one Mirror Token.

A: Reflection’s ante effect is passive. Your bonuses are always equal to the opponent’s current bonuses. If they lose or gain bonuses later on during the beat, so do you. (War rulebook)

A: The effects that set the special range of these attacks contain the fighters’ names and thus will be ignored. In the case of Fearless, Sagas would calculate from his own range. In the case of Snare, the range would revert to N/A. (War rulebook)

A: No. Kehrolyn is applying extra Styles to her attacks, not gaining stat bonuses. (War rulebook)

A: You goin the same bonus as Tatsumi does based on her current position in relation to Juto. (War rulebook)

A: Yes. Negation cancels out all Styles. (War rulebook)

A: No. Negation only cancels Styles, and status effects are separate from the Styles that generate them. (War rulebook) 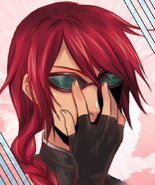 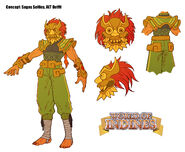