Seven Card Slugfest is a brawling party game set in the World of Indines . It was announced to be produced if the Devastation of Indines Kickstarter reaches $90,000, which has now happened. Seven-Card Slugfest is a real-time party game for 4-8 players, and includes appearances from Hikaru, Luc, Pendros, Joal, Malandrax, Rukyuk, Burman, Jager and Gerard, as well as newcomers Minyard Milquetoast and Wardlaw O'Brien. The game also features a neutral player - Boris the Bartender.

Seven Card Slugfest is a speed-play party game that has a solid strategic core strategy to it. Throw punches around the table to try and knock out the other players. However, only the one who actually scores the knockout will get points! Use your opponents' attacks to your advantage, and your own special tricks to bait attacks or thwart their knockout attempts.

Become the ultimate fistfighter in the World of Indines by fighting your way through several rounds of arenas and punching your way to supremacy!

All was peaceful in the idyllic land of Indines, until a powerful artifact, the Belt of Beatdown, was discovered by the villainous Wardlaw O’Brien . With the belt, O’Brien was able to absorb the bar-fighting powers of the greatest fist fighters across the world. Eager to use this power and conquer all of Indines, O’Brien scheduled a world-wide pub crawl, and invited all the greatest fighters in the land to attend. Mysteriously, at each pub, an unexpected fight breaks out, and O’Brien’s plans come closer to fruition. Will the heroes of Indines be able to stop him before it’s too late...? 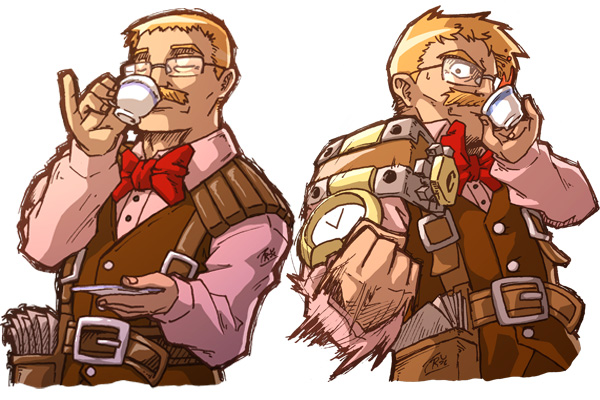