World of Indines Wiki
Register
Don't have an account?
Sign In
Advertisement
in: Characters in Fate of Indines, Characters, Willati, Division 13 Members

An artificially-created steel elemental with a myriad of different transformative states, Thessala is a member of the Willati Special Operations team.

Thessala can mutate her body at will to adapt to the situation at hand, in the style of the T-1000 from the Terminator movies. 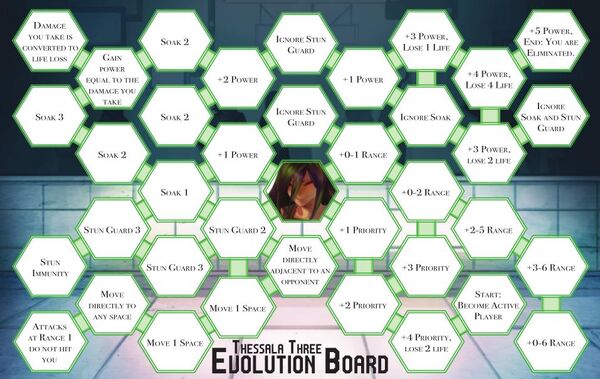 A: No, the effect is gained on ante, and removing the Tracker does not negate the gained effect. (Source: Fate rulebook)